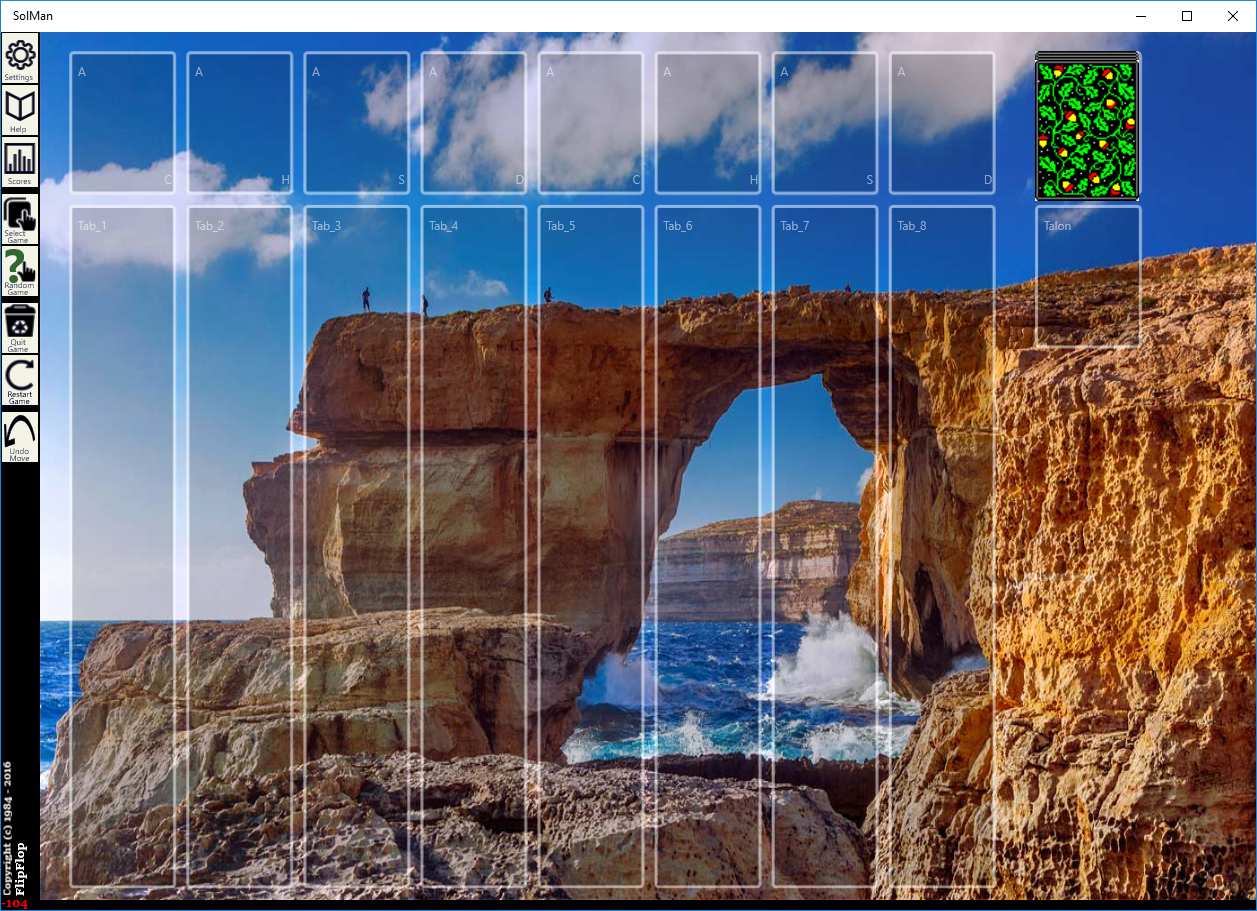 Intelligence is a two deck Fan game where the cards are shuffled when re-gathered.

This is my version Intellegence, a Fan game that is double deck.  I altered slightly from that described by Parlett to make it more interesting.  It includes three special rules that make this different from a simply adding a second deck to Labelle Luce.

This greatly increases chance early on, but requires the player to change strategy mid-game.