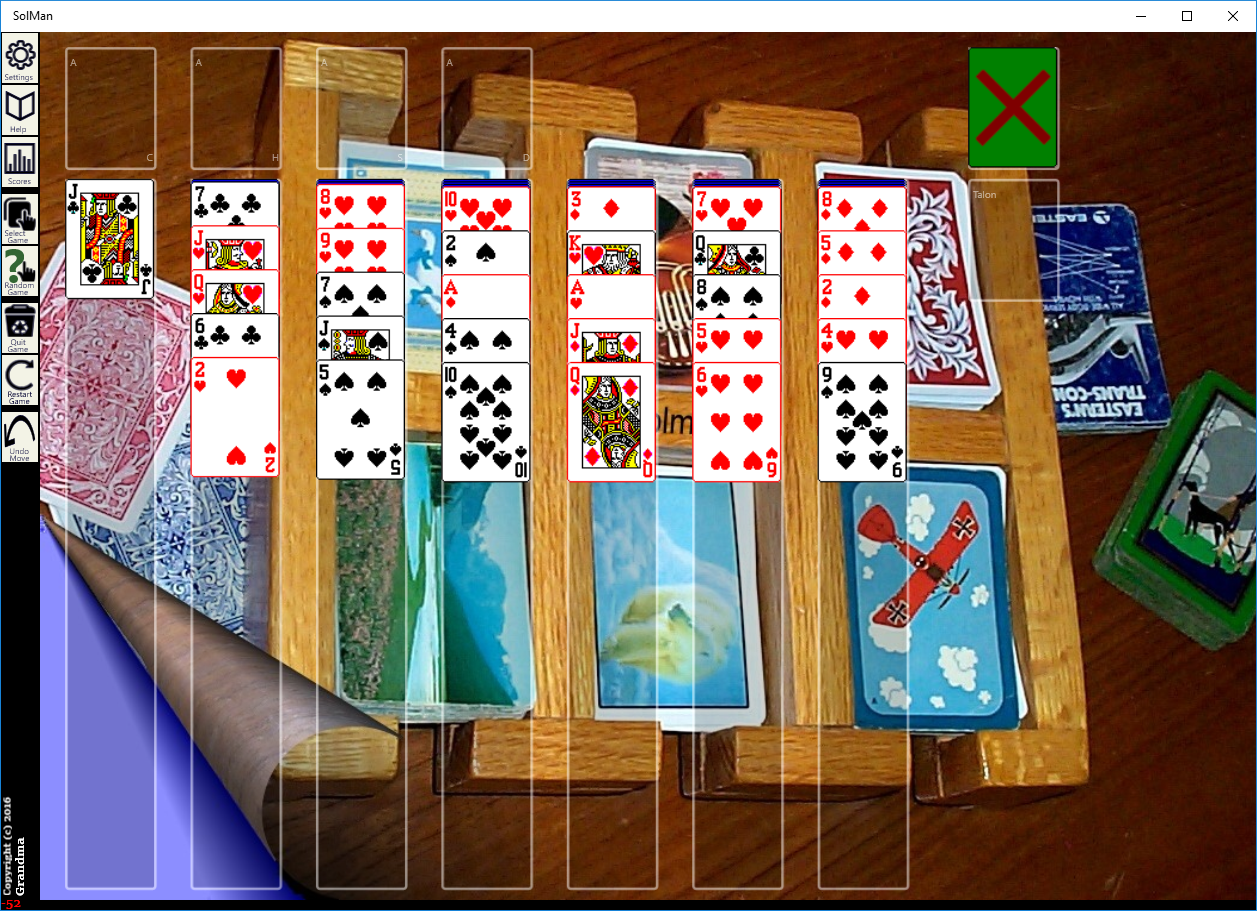 This game is sort of a Solman original, but eventually I found it was not.  It is the version of Solitaire that Tim's Grandmother taught him as a child. Or at least it is how I remembered the game she taught me. When playing solitaire with a real deck of cards, I always start by playing this game first because you deal out all 52 cards.  Then I know when I'm not playing with a full deck.

It deals fairly open, with the Klondike triangle deal, but then deals the rest of the cards out face-up. But the table play isn't like Klondike in that you must follow suit.  Unlike most play-ups, you can move any card you can see face-up (and those on top of it) as long as it plays sequentially in suit.  So in the image above, the Ace of hearts (with the Jack and Queen of Diamonds) may be moved onto the Two of Hearts.

The key strategy is singular focus on unburying the face-down cards in the Tables, because once everything is visible you are sure to win.  Most of the deals are not winnable, but when the deal can work out, you must play it very well to win.

PS: Much later in life I found out that she wasn't actually my grandmother.  She had been my my mother's step-mother.  Years after adding the game to the suit, I found references to very similar games.