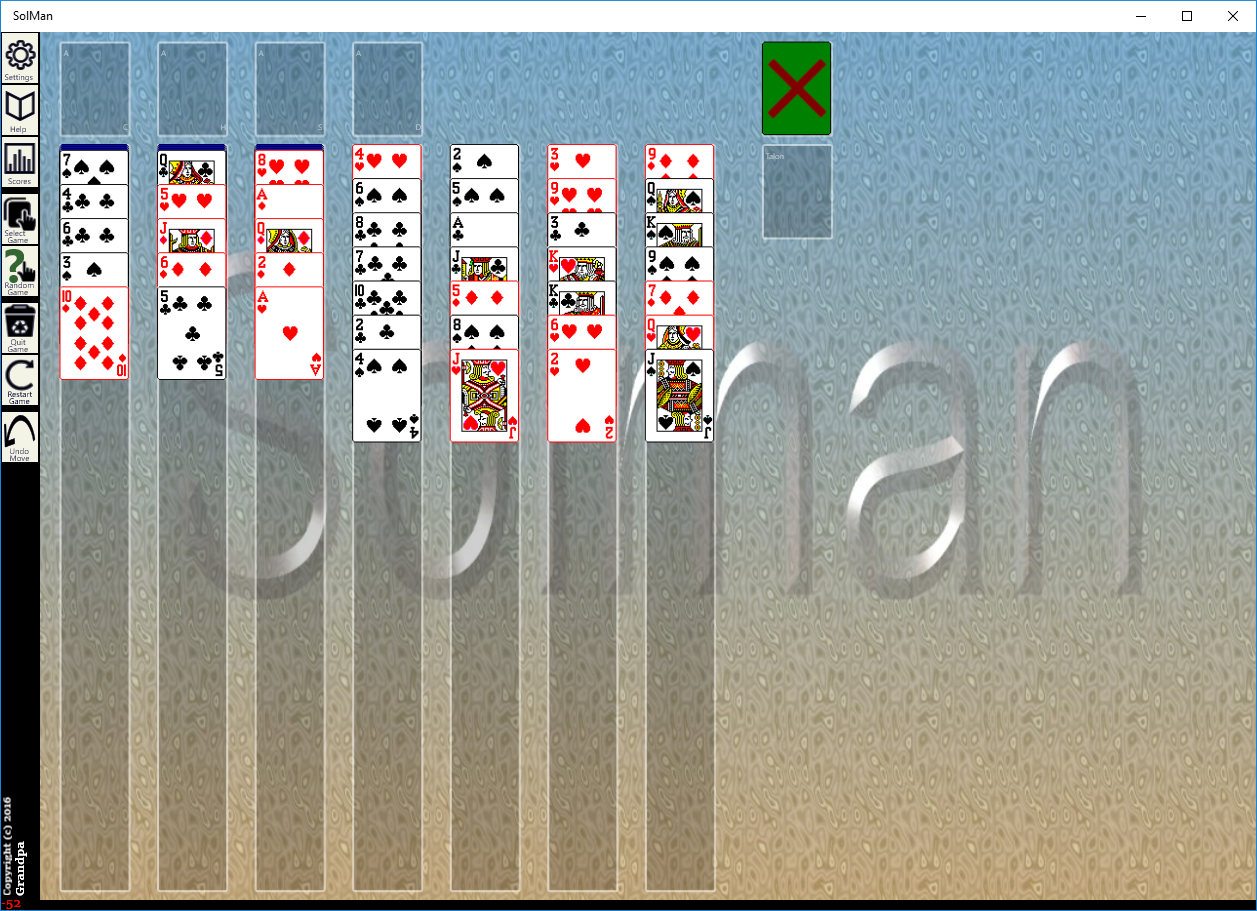 This game is sort of a Solman original also, just from the other side of the family.  It is the version of Solitaire that Mary Jane's Grandfather B. taught her as a child.  She remembered it when I showed her Grandma, which plays very similarly even though this technically isn't a Klondike due to the deal.  At least it is how she remembered it played.  Very similar to Grandma, with a slightly different deal and the added challange that you cannot play cards to the foundation until you create a run of thirteen.