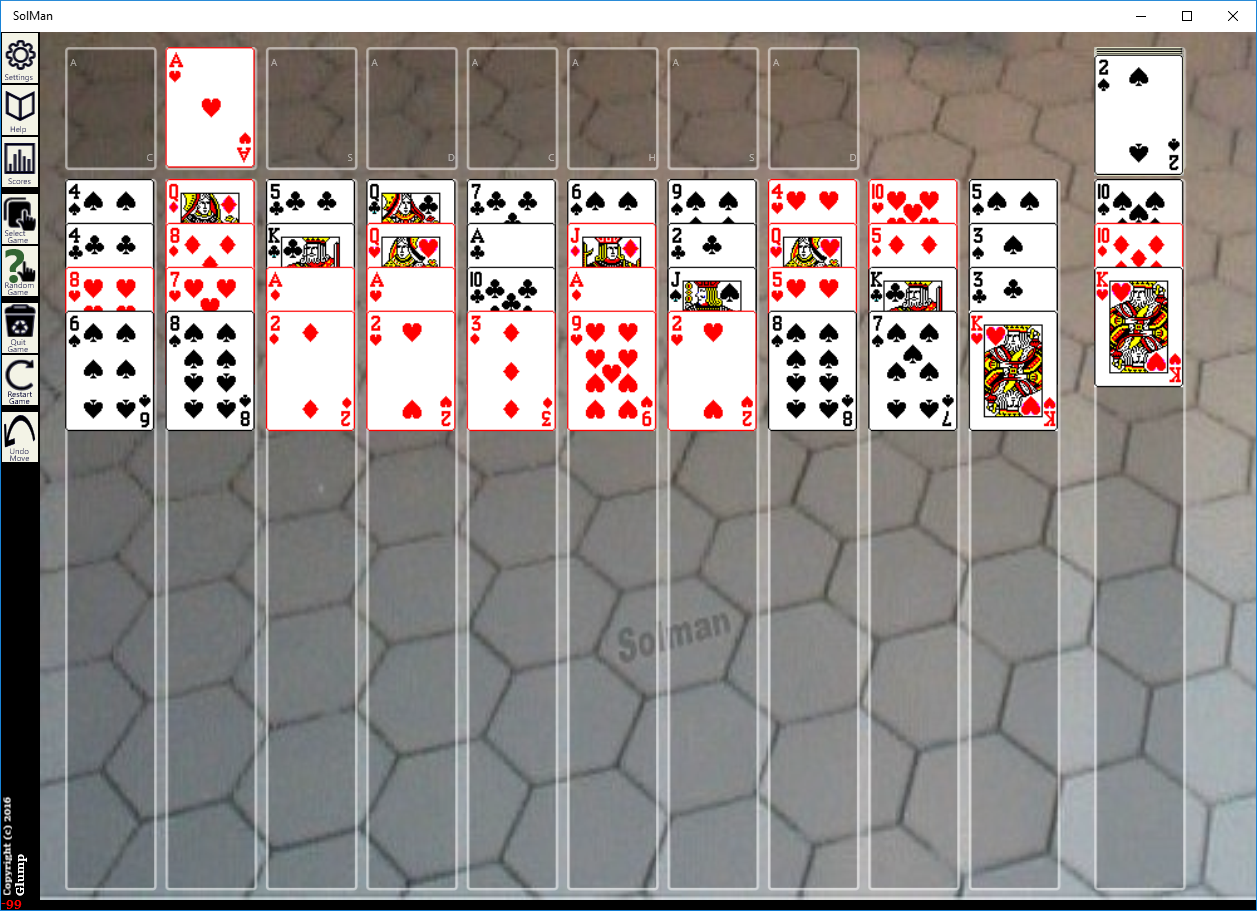 This game is Napoleon variant that I developed early on for Solman. It came from an idea of a game I had been taught as a child (I think it was called Accordion). Why is it called Glump?  I was watching the movie Forest Gump when I came up with the idea for the game and the name just came to me.

In Glump, we have the top card of the Hand also available for play. In Solman4, there were two talons and when the hand card was moved it went to the first talon pile and the existing card was moved to the top of the second talon pile. In this version of Glump, we just make the top card of the hand turned up and available for play. It plays the same, just with less board real estate. With two choices for movement you can improves the odds significantly if you work it out. Later on, I developed the idea further to create NapoleonWithTwoHeads.