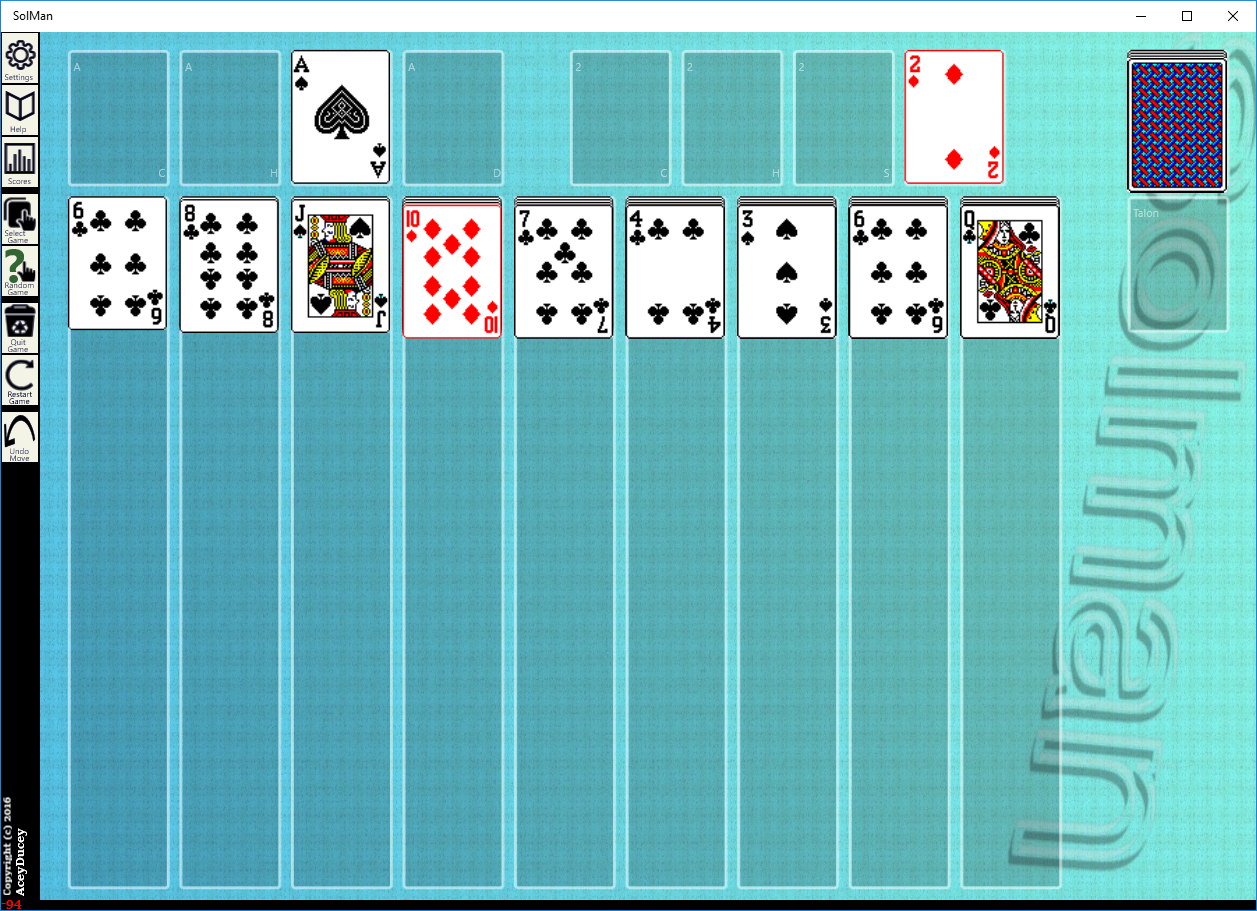 This two deck game is as described by Hoyle.

It is not a substantially hard game, however it is a good game for when you need 'something different'.  The foundations start with a base of either Ace or Two, and subsequent plays to the foundation play every second card (eg: Three on Ace, Four on Two).  When the first pass of a suit is complete (you have played to King or Queen), foundation play continues with a second pass (Two on the King or Ace on the Queen).  You need to pay attention on what can play on the first pass of a suit, and what cards need to be saved for the second pass.