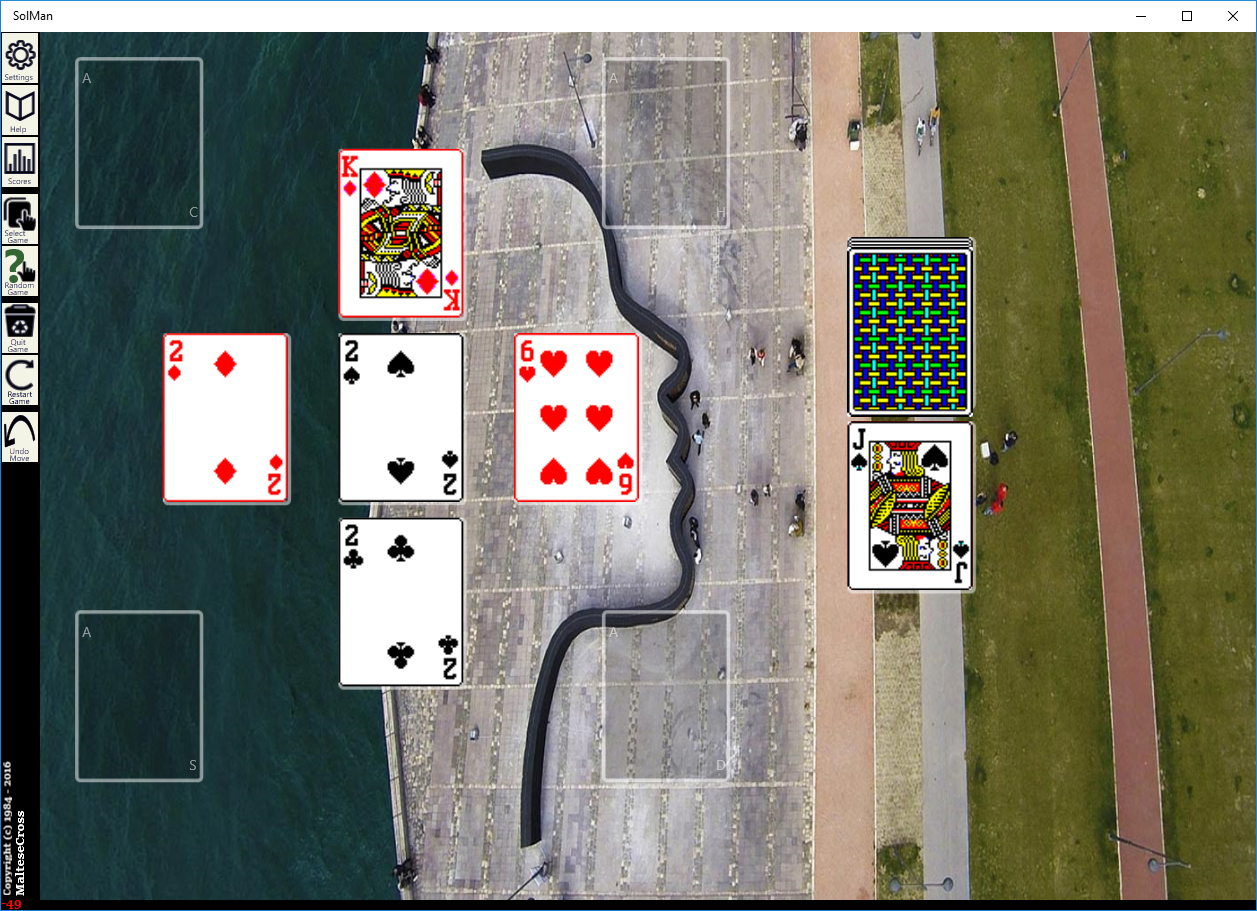 This game here is as described by Hoyle, and we have been able to reproduce the layout that gives the game it's name.  The Table forms the cross, and the foundations are spread around the outside.

The game is a stacking play-up, although cards are not dealt out into the open. It also plays somewhat like a single deck British Square, with an advantage that you can stack on table piles while ignoring suit. If it were not for the limited number of Table piles, I would recommend learning this game before British Square (to work on your repacking skills).

The goal is to stack the single deck of cards into the four Foundation piles, starting with the Ace up through King, following suit.

You can move single cards from the Talon to a tableau pile or from one table pile to another. When placing a card in a tableau pile, it must be one card less than the top card of that pile, but suit does not matter. Any card may be placed in an empty tableau to start a pile.

There is only one time through the hand, so stack management is really important.