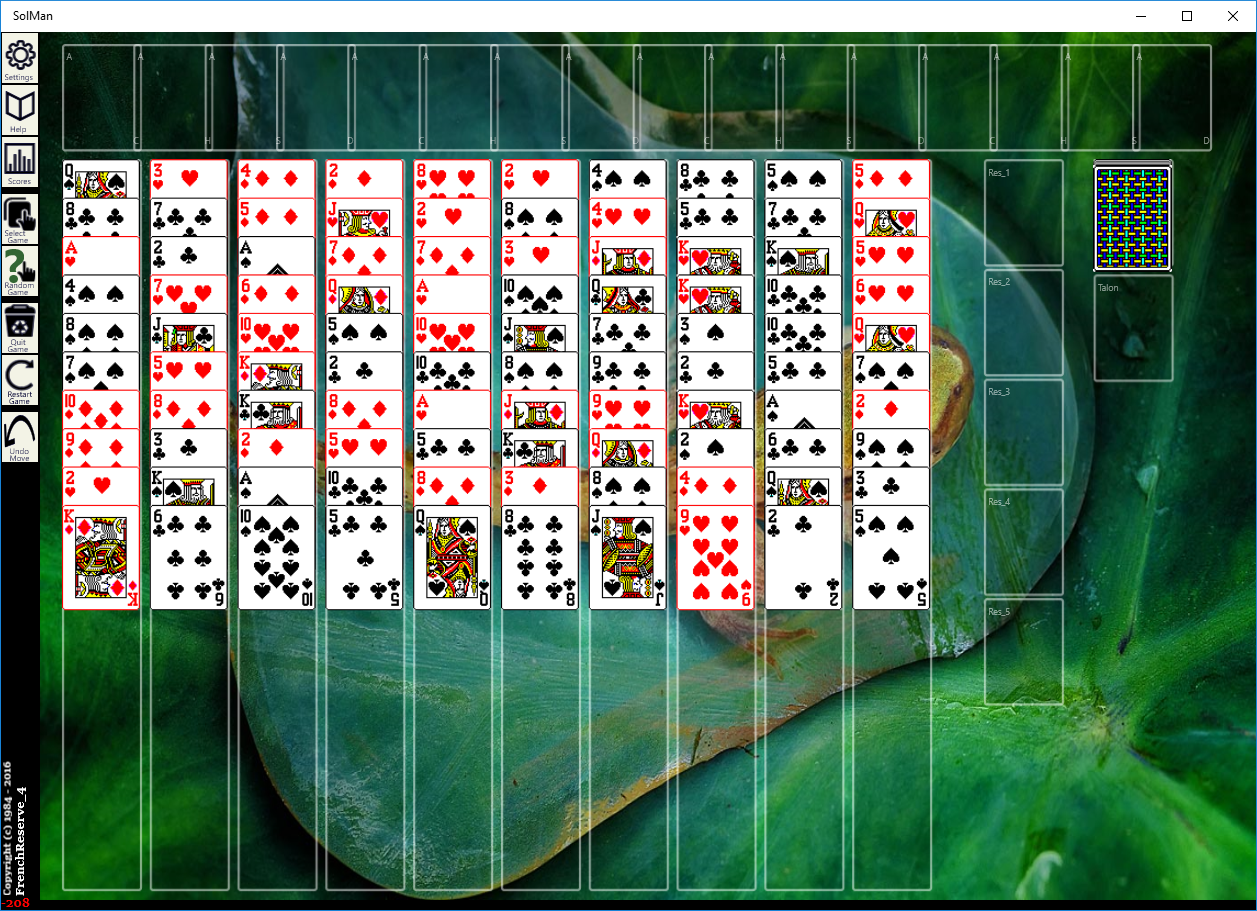 Our four deck adaptation of this classic Reserve game.

This game is a 4 deck SolMan adaption from French Reserve.  I had believed I created this myself one night, however I later found a reference to a game called Squadron in a book that was identical.  As per usual when I extend games to use more decks, this version adds to the level of skill the player can bring to bear.