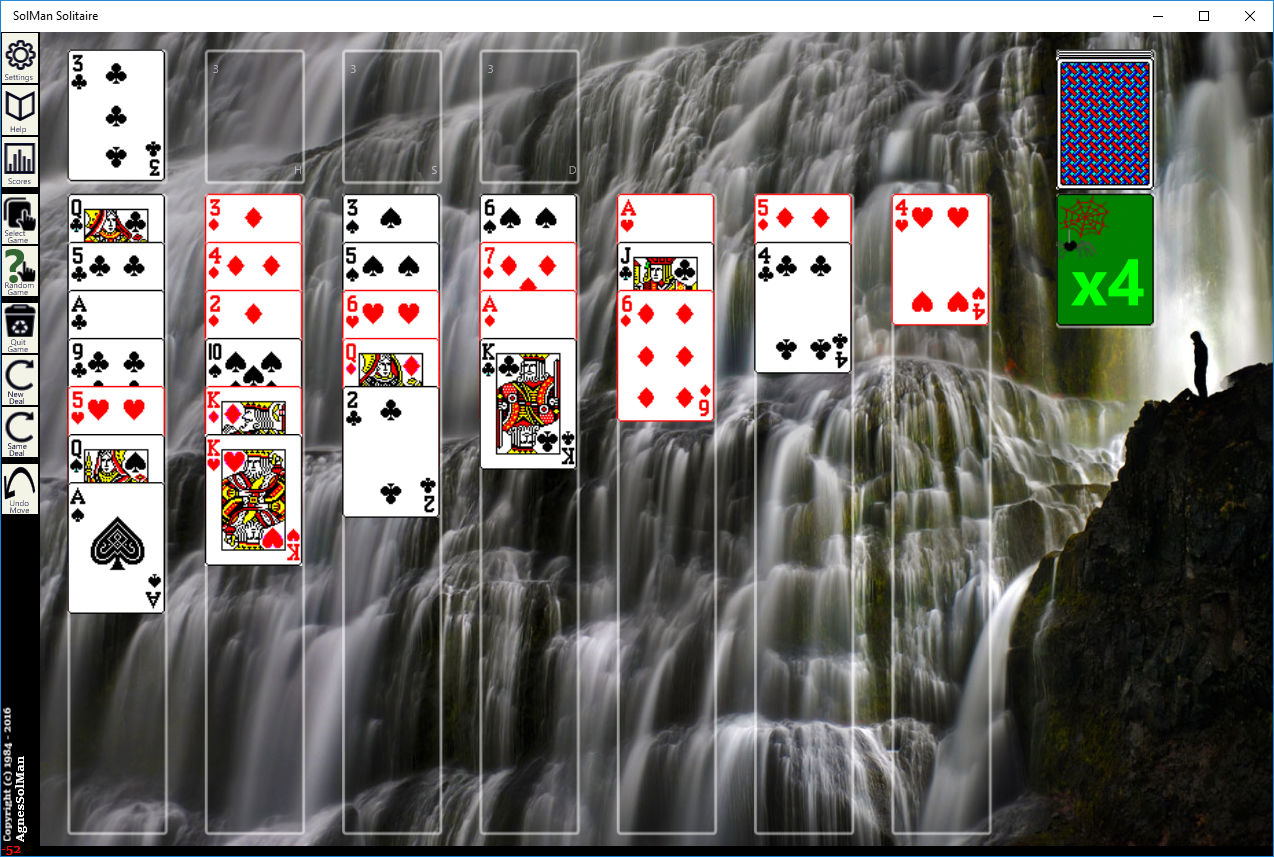 This game is the SolMan interpretation of one of the games called Agnes. It is closest to what Parlett calls Agnes (Sorel), a mistress of Charles IV who's likeness is often used for the Queen of Diamonds.

It is dealt as a Triangle, however it plays as a tough Spider (a row of cards is dealt from the hand to the Tableau).  Opposite from most spiders, you may not fill empty Table spaces by moving cards from the table.  Table play is by the same color, but not neccessarily the same suit, which should help improve odds somewhat. Play to the foundations still must follow suit.  The base card is chosen by the deal.  Resist your instinct to play to the foundation early on to win.