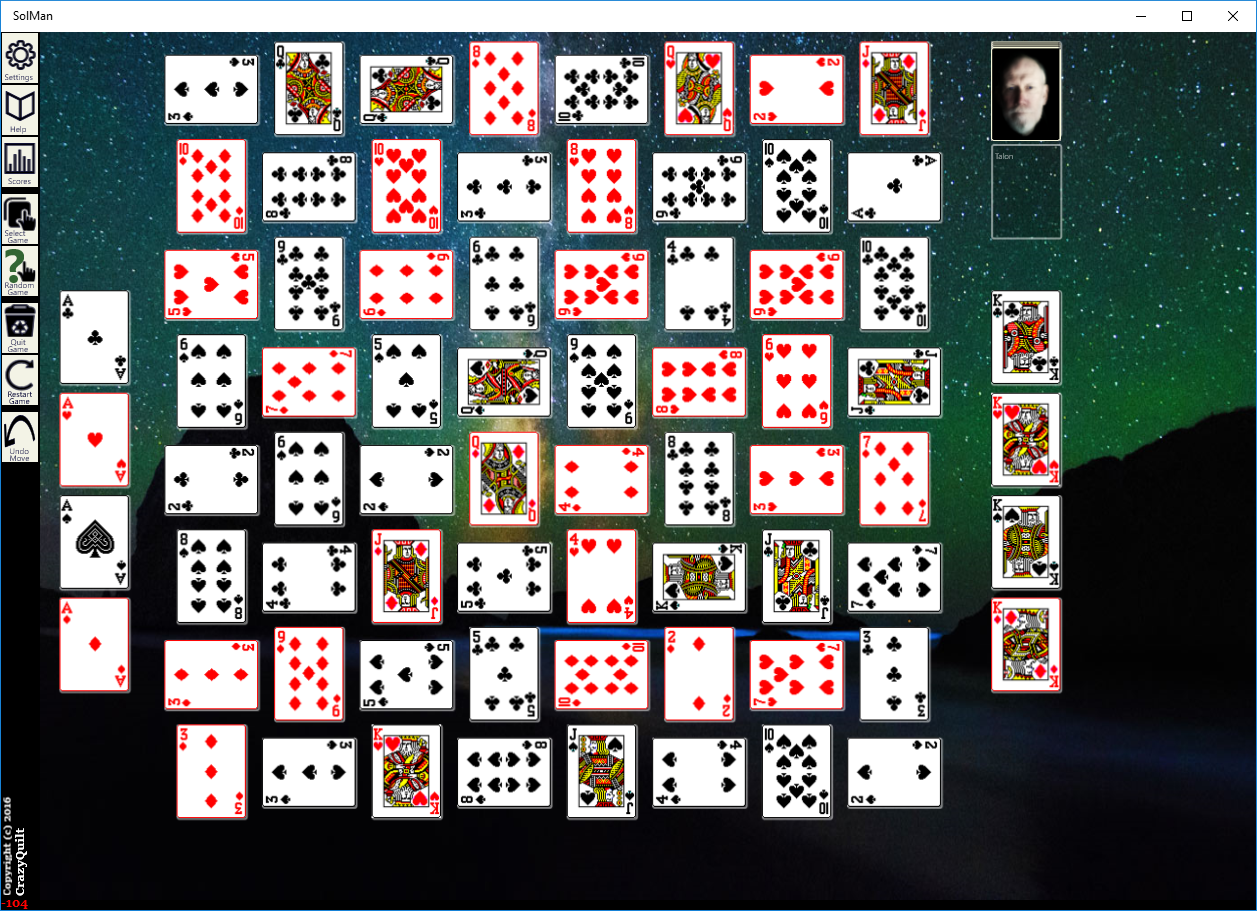 CrazyQuilt is the classic quilt game. This game is as described by Hoyle and is one of the most beautiful layouts in Solitaire.

In the BC years (Before Computers), Mary Jane's mother, Jane Lee, taught her how to play this game with real cards. For a very long time it was Jane's favorite game and you could rarely visit her home without seeing a game-in-progress sitting on the card table by the window. In all those years, neither of them had won the game and they doubted they ever would. But they kept trying because they enjoyed it so much.

When I added this game to the collection, and Mary Jane tried it for a while and found that she could win it on the computer sometimes.  Maybe it is the better shuffling, but perhaps it is because the cards stay in order on the table better! Who knows?

Overall the game is based upon the classic Square game, the original British Square. There are two sets of foundation piles, and the goal is to build up from Ace to King on the left side while building down from King to Ace on the right side foundations. CrazyQuilt shows more cards face up in the table area, but only cards with at least one short edge uncovered may be moved. All movement goes to the foundations.

You are allowed to move from a left foundation to a right foundation (or right to left) of the same suit when it works out. This only happens once per suit and it can often improve your odds to take advantage of the opportunity.

When the hand is exhausted, you may flip the talon back to the hand, but only once.