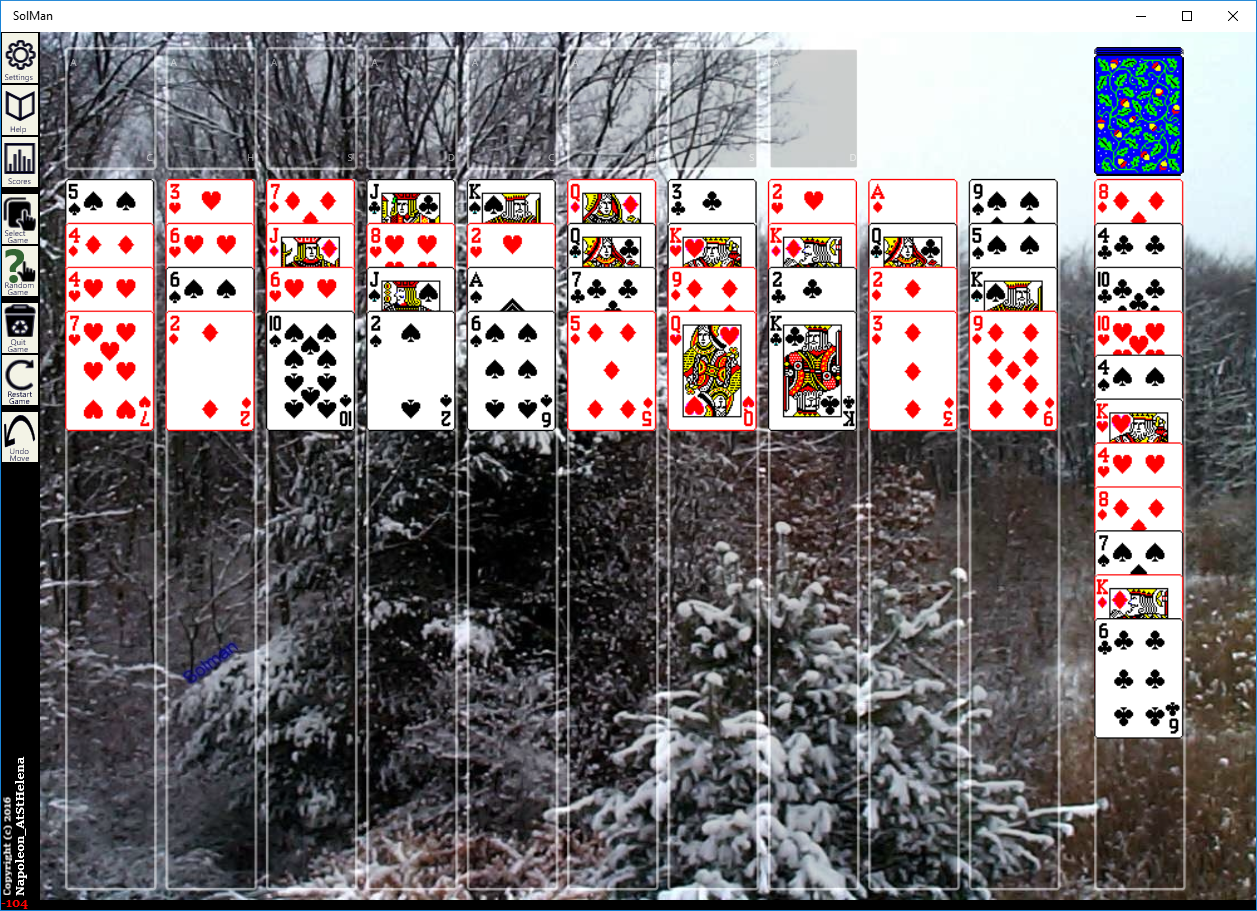 Napoleon At St Helena is THE classic Napoleon variant.

The story commonly told about this solitaire game is that supposedly Napoleon used to play it to pass the time while exiled on the island of St. Helena by the British until his death. Unfortunately, historians have pointed out that only a vague reference to the game exists in records from that period of his life, and even that actually points to an aid playing this each morning to get the cards unstuck(and possibly also to prove that no-one had pilfered a card overnight) so that Napoleon could play his daily game of Wisp.

The "forty" references in the aliases Forty Thieves and Big Forty refer to the forty cards that are dealt face-up at the beginning of the game.  The Roosevelt alias name reference may prove be equally inaccurate, but supposedly he enjoyed the game while away from office.

Napoleons in general distinguish themselves from the more common Canfields and Klondikes by dealing most of the cards face-up, requiring adherence to suit in the table moves, and only allowing single card movements.

To succeed, one must think differently in these games, with significant planning a requirement. Open table columns are a priority, as they allow you to repack a line of cards, which may only be moved one at a time. Early on in the game, one should limit the temptation of playing cards to the table.

In this double deck game, a fair amount of the cards (40) are dealt face-up in the eight tableau piles. Only single cards may be moved, and the building is by suit. You only get one chance at the hand (no rotation back to the had is permitted). Considerable skill is required to know when to allow a card in the hand to get buried and when to avoid clogging up the table with it. A beginner is unlikely to win this game, but a skilled player will occasionally do so.