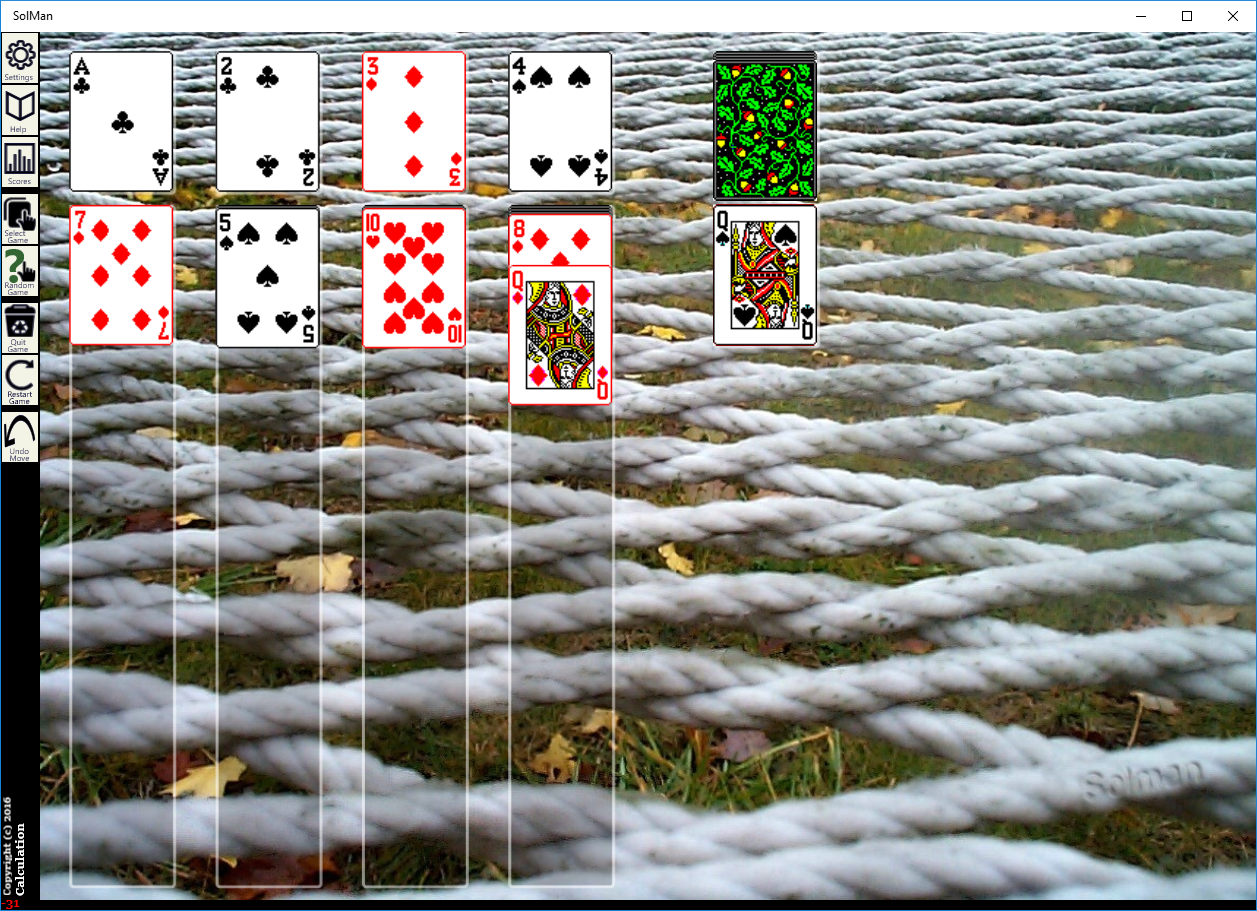 Base card is different on each foundation, as is the increment. Count on your fingers!

This game is as described by Hoyle. This is a good game for kids once they get a hang of playing the Klondikes, and you want to practice simple math.  But you might want to try AceyDucey first.

In this game, suits have NO meaning, including when playing t the foundations. In each foundation, you add the foundation pile number to the current card rank to determine the rank of the next card played on that pile. So the first pile plays Ace, Two, Three up to King.  The second pile plays Two, Four, Six, ... Queen, Ace, Three, ... King.  The third starts Three, Six, and so on.