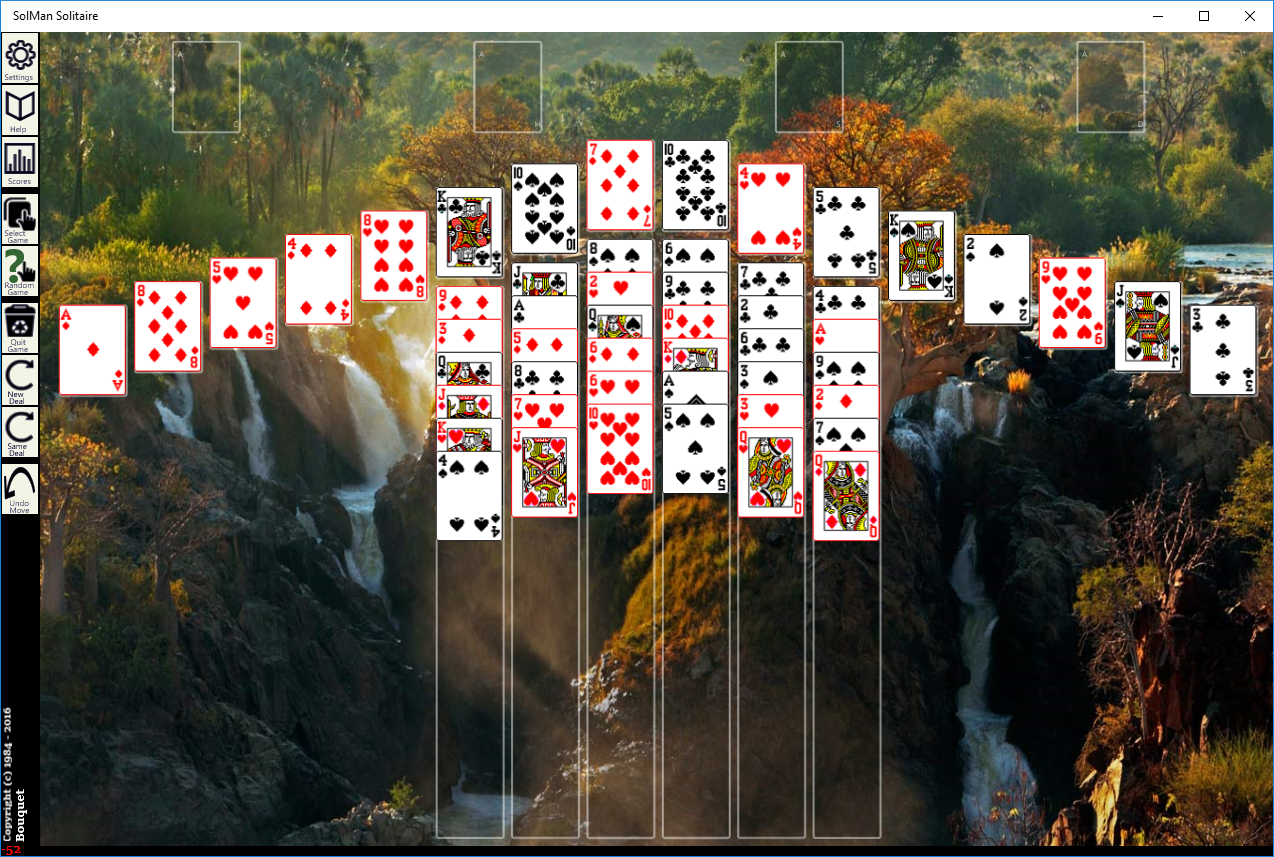 A picturesque themed game, it is intended to depict a garden (the lower tables) and a flower boquet above.  Boquet is a classic well known old game.  We based our rules from the description in Parlett.

Although described by him as a reserve game, the reserve is filled upon the deal cards may never be moved into an empty reserve. This makes the game really operate as having two levels of tables where, much like in Club, cards may only go from the upper table piles (the Bouquet) to the lower (the Garden). Thus we designed it as having upper lower tables rather than use the reserve and have to add yet another rule preventing play into the reserve.

Everything is out in the open and building in the table piles ignores suit, but you can only move one card at a time.